Register
HomeFab ForumAll together nowThe Guitar (and Other Musical Instr…

The Guitar (and Other Musical Instruments) Thread

"The pump don't work cause the vandals took the handles!"

"We could ride and surf together while our love would grow"

Out of those 3 options (P Bass, Jazz Bass, Stingray), i'd definitely do the Jazz Bass since Paul played it throughout the White Album /Abbey Road medley and George played it on Maxwell's Silver Hammer (most sources say it was the Bass VI but multiple photographs taken during the session clearly show otherwise). 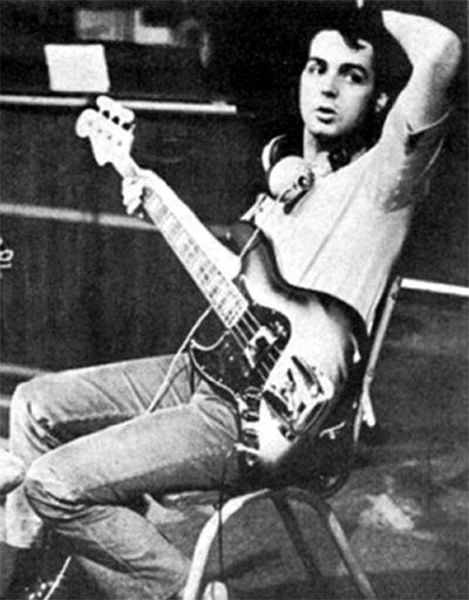 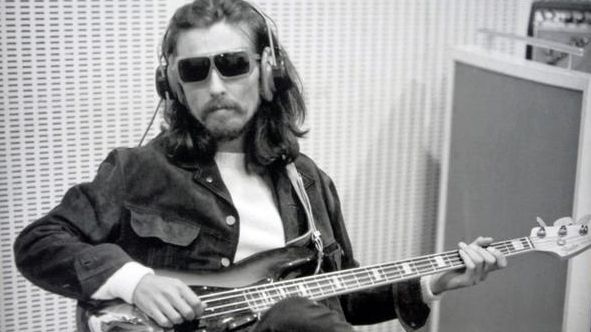 The following people thank Dark Overlord for this post:

If you're reading this, you are looking for something to do.

I appreciate your indecisiveness @Beatlebug (when did this Bebu thing start?), I'm pretty split between the styles of bass myself. The P is indeed very forgiving, it's a warm comfortable thumpy sound with flats and a lovely clanky gritty whumpy sound with rounds. Those are the sounds it's best at. So many great P players including Colin Greenwood and Kim Deal, it's having a bit of a comeback lately.

If you do go for a PJ pay close attention to the distance between the pickups and the distance between the J pickup and the bridge. Different PJs take different attitudes. My SB-2 has the J close to the bridge and treats the J as more of a tone knob and there's a few PJs (and some Jazzes) that are similar to this.  Other PJs (like the shortscale Jags) have the P in the traditional place but the J much closer to it. This makes the J less trebly which might be good in a shortscale but in a longer scale bass might be a bit useless. So contrast and compare! A PJ isn't that much different to a Jazz but it is a distinctly different tone. I don't know any specific person who is a key PJ player, everyone has a go at them.

The Jazz can fake a Precision to a certain degree, but has has a much wider mid-range and treble. With rounds you can do punk and funk but you can also turn the tone and bridge pup off, play near the bridge and do reggae and ska, many have. And of course there's that quacky bridge pup sound that Jaco fanatics insist is the proper tone for a Jazz. And, like the Precision, it has a different character with flatwound strings, still has more range than the Precision but you'll get the thump and the bridge pickup will sound different. The world is pretty much split between the Ps and the Js. One of my favourite Jazz players was the late Dee Murray of Elton John's band, a massively underrated player. Another underrated player, George Murray, who played for David Bowie!

The Stingray approaches all of this from a completely different direction, with a bridge humbucker powered by an active preamp. Very popular with the rock/funk crowd but it was being used way back by bands like Siouxie and the Banshees, when the combination of a Stingray and bass chorus was heard all the time.But its more versatile than that, Tony Levin has been playing them with King Crimson for decades. Their sound ranges from aggressive to jazzy, I don't hear them being used for reggae! Also their necks are chunky which might put you off, people like Jazzes because they're easier to play down the neck but now its a thing to have even Precisions and PJs with tapering necks (like my SB-2).

Finish paying off the Cort 06 next week, terribly excited! Still playing the heck out of Siobhan, the next step will be an amp for her and the others but I must buy a synth first. (@Beatlebug I hope you don't mind me telling other people on the internet about your lovely guitar channel, it has been getting great reviews from those whose opinion I value).

but I may have to get more specific in the future.

Thanks for all the info, @ewe2! I think I'm the only one of us with enough experience at this point to know or care about anything you talked about

I'm primarily concerned with playability rather than tone at this point, to be honest - of course I want it to sound good, but mostly I want it to feel good because I'm going to be thinking more about that most of the time. We didn't get to try a PJ yesterday, alas

[I think, though, that he did end up actually purchasing a guitar, so it wasn't in vain] and then we had martial arts to go to in the evening) so we shall likely have to make another expedition for that porpoise.

Yessssss George Murray, good stuff, the DAM Trio was THE BEST THING SINCE SLICED BREAD and I should have known he played a Jazz bass, that desert-dry thunky pop on "Stay" absolutely kills me with its deliciousness (really, that whole track is impossibly tasty, 10/10 could feast on it for days). Also, it's of interest to note, the Jazz we tried at the shop was a Geddy Lee signature.

Also, thanks for promoting my channel, good to know even more random people in the internet like my stuff!

I'm wondering, do y'all have any advice for finding a relatively small and inexpensive but still decent-sounding practice amp? Just a basic idea of what to look for when trawling the local Craigslists and other used gear hangouts?

As for the nickname, I'm pretty sure @AppleScruffJunior started it. I've never liked it myself, but I recognize that I need a nickname that isn't BB, nicknames are bequeathed and not chosen, and I do appreciate the tone of endearment.

We have a way of saving our own lives

New to Forumpool? You can introduce yourself here.

Absolutely @Beatlebug, if it doesn't feel right and fun to play it won't matter how good the tone is! Everyone's different and bass presents particular problems for those of small frames or small hands. Do cast your net wider for shortscale basses, there are a few, like the Squier Jaguar I mentioned but also the Gretsch Junior Jet II which is a wicked little monster! And by practice amp, which do you mean, acoustic guitar, electric guitar or bass guitar?

but I may have to get more specific in the future.

Bass amp, of course... I thought I specified that, but it seems I didn't.

We have a way of saving our own lives

New to Forumpool? You can introduce yourself here.

Any cookies that may not be particularly necessary for the website to function and is used specifically to collect user personal data via analytics, ads, other embedded contents are termed as non-necessary cookies. It is mandatory to procure user consent prior to running these cookies on your website.